My name’s John, and I live with my wife, Miho, in Yamagata City. Originally from Oregon, USA, I am dedicated to revealing the natural and cultural wonders of my new home in Yamagata to overseas visitors. You can follow my Tohoku adventures at : www.tohokuwithlove.com.

Inside Yamagata City’s Kajou Koen park, is the Yamagata Prefectural Museum, established in 1972 and dedicated to preserving and communicating Yamagata’s historical and cultural artifacts to the general public.

At the entrance of the building, you’ll see a metallic sculpture in the likeness of a sea-cow skeleton and at the door are greeted by a towering replica of the Goddess of Jomon statue, hand-carved out of a single piece of wood. While both images may be vexing to a newcomer, their meaning can be discovered inside the museum.

The seven departments of the museum include earth science, botany, zoology, archeology, history, folklore, and history of education. The first floor just inside from the admission also houses a reference book area for further reading, along with an interpretive center for children.

Upstairs, in the Natural History of Yamagata gallery, visitors are walked through the prehistory of the area, back to ta time when Yamagata was completely submerged underwater. Here’s you’ll see a full skeleton of a manatee that was unearthed in 1978, and dates to the Miocene Epoch. During this time (23.5-5.3 million years ago), massive fractures in the earth’s crust caused the area to submerge under water and the area saw intense submarine volcanic activity. The western part of the prefecture sank deep beneath the ocean, but the eastern side became a shallow sea, home to this sea cow! As the land rose again, the east became an inland sea. Following this period the great Ou Mountains formed, which now stretch north to south across Tohoku, and eventually the Dewa foothills.

Further along in the gallery, one can find exhibits of Yamagata’s natural flora and fauna, from birds, mammals, and insects, to a curious display of Yamagata’s many wild fungi. Fungi of course are a cornerstone in Japanese cooking, and Yamagata has many of its own varieties. But you’ll find something far more nefarious than your innocent shiitake mushroom lurking in the forests of Yamagata. As the display here explains, Yamagata is also home to cordyceps fungi, which are actually parasites of insects. Like something out of a horror movie, cordyceps infect their hosts, take over their nervous system, eventually kill the insect and eventually burst out of their bodies! (Thankfully all fungi here are kept behind closed glass.)

But around the corner, just inside the “Dawn of Yamagata” section of the permanent exhibition, you’ll find the crown jewel of the museum, and perhaps one of Yamagata’s most priceless archeological artifacts: The Goddess of Jomon.

The Goddess of Jomon is a dogu (土偶), and one of the most famous ever discovered. Dogu are small earthen humanoid figurines produced throughout the Paleolithic Jomon period of Japanese pre-history, a time that stretches back eleven thousand years, and continued up to the fifth century BC. Over 18,000 of such artifacts have been discovered in all parts of the country, but a preponderance of them come from the Tohoku region. They range stylistically, from the abstract to the more anthropomorphic, combining human, animal, and otherworldly qualities, so it’s no wonder that at the wild extreme of modern mythopoetics, some people even attribute them to the early, earthly intervention of space aliens.

Aliens aside, there were many cultures thriving during the Jomon period, and just as my kinds of dogu. Aesthetically, an evolution can be seen in time from more abstract, plate-like styles in the early era, to ever more detailed faces, limbs, accessories, and corded design later on.

Aliens aside, these strange clay homunculi cast a certain wonder over the viewer, and the purpose they served their keepers continues to be debated. Due to the large number of female figures (accentuated by all the Paleolithic tell-tale signs of a lady—big breasts, hips, and buttocks—and similar to figures found throughout the world), the going theory is that they served fertility rituals; the fact that they are almost always found broken and in human middens support the theory that they were intentionally destroyed. Other theories still abound, ranging from surrogates for human sacrifice to children’s toys, and perhaps different figures were utilized to different ends. They do draw in the viewer’s gaze and arguably seem to speak to the spiritual mindset of the ancient Jomon people.

The Goddess of Jomon is so famed due to its stature; capable of free-standing on flared legs, it is one of the largest ever found. Several other intact dogu, along with plenty of fragments are on display as well.

We may never know the exact purpose of these artifacts, but upon viewing, one comes away with the impression that they are undeniably art, human expression rendered into the world. Looking at them, we get to imagine what kind of people who molded these half-human, half-spirit beings, who tended the open kilns where they baked, who revered or enshrined them (or played with them) and who smashed them apart. These people were just the same as us, but they lived at the edge of darkness and timelessness. Though the dogu remain mysterious, we can get a glimpse through these sometimes bizarre yet beautiful artifacts of a people whose world was still thronged in real magic. Not exactly a mummified mogwai, but still pretty awesome.

Besides ancient sea cows, killer fungi, and mysterious dogu, there’s plenty else to see here. Most of the exhibit displays here are in Japanese, but the Yamagata Historical Museum houses enough surprising treasures making it worth taking a moment to stop and see. 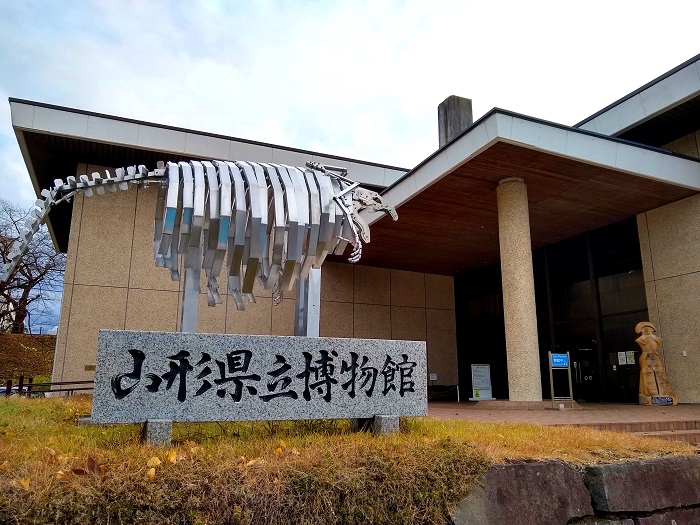 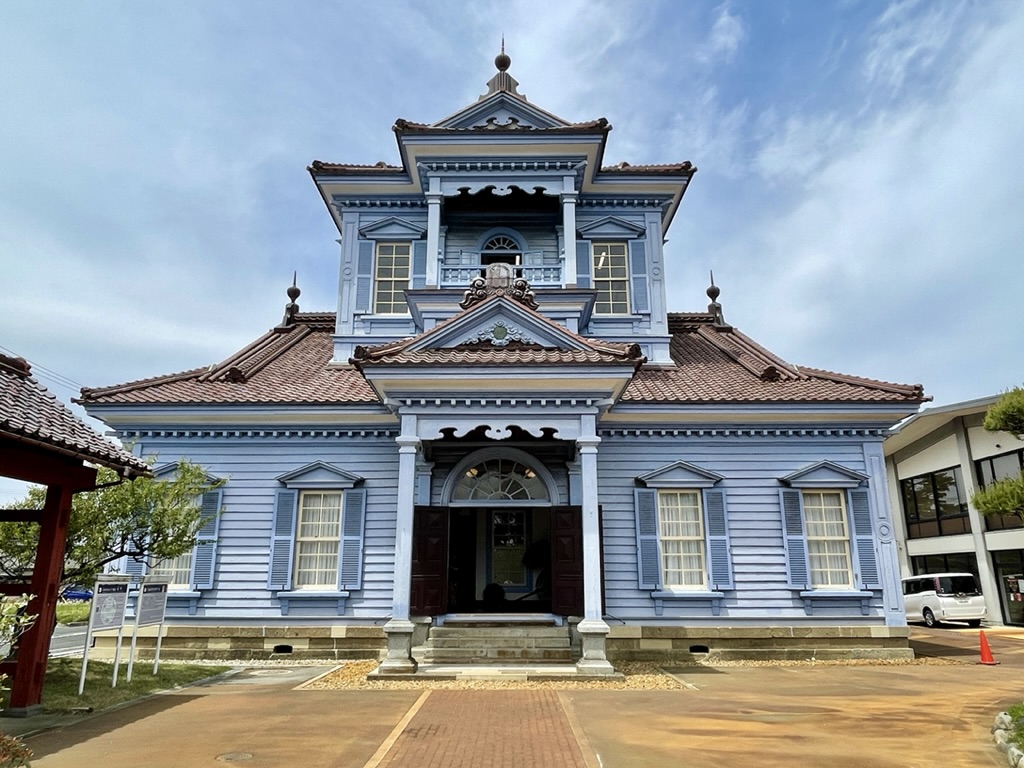