The Karamatsu Kannon Temple is part of the Ten Scenic Views of Yamagata.
It is an ancient temple of the Soto sect located on the right bank of the Mamigasaki river.
It is said to have been built during the Heian period and has prospered as a sacred place since ancient times.
This temple is the only building in the prefecture with a cliff-side architecture modeled after the Kiyomizu-dera Temple in Kyoto.
It was named “Gokokuji Temple of Mt. Karamatsu” by Tadahiro Matsudaira, head of the clan ruling the Yamagata castle in 1661, and became known as a guardian Buddha of the castle.

From the hall (stage) on the mountainside, you can see the city of Yamagata City below.

It is the 5th spot on the Mogami 33 Kannon sacred sites pilgrimage.

■ Origin & History
It is said that the temple came to be in the first year of the Shoryaku era (990 AD) during the Heian period, the wife of a resident of the Hirashimizu district called Moriyama prayed for the souls of her husband who died at war. She then enshrined a Bodhisattva in a mountain cave on Mt. Karamatsu and built a thatched hut on the river bank.
Another story is that following an announcement at Kiyomizu Temple, Princess Toyomaru came all the way from Kyoto to visit Hozawa in Ushu to get married with a young man called Sumiyaki Tota. As they lived happily, it is said that the Kannon Bodhisattvita that brought Princess Toyomaru from Kyoto was enshrined in the rock cave of Mt. Karamatsu.

[Reference] Legend of Sumiyaki Tota
* Excerpt from Higashizawa District Promotion Association, Higashizawa Local Study Group, Yamagata City Tourism Association, Higashizawa Tourism Association “Higashizawa Historic Site Exploration” 3rd Edition 2019.12.
According to the legend connected to the Kamihozawa Sumiyoshi Shrine, at the end of the Heian period, a charcoal burner named Fujita lived in the village of Hozawa in Dewa Province and travelled to Shiraishi and Sagae to sell charcoal he burnt. Around that time, the Kannon of Kyomizu, who was worshiped by Princess Toyomaru of Ichijoin in Kyoto, told her that her husband were to be Tota, a resident of Hozawa, leading her to a long journey from Kyoto to Hozawa. After that, they became a married couple. One day, the princess gave her husband a koban gold coin and asked him to go buy miso. On the way, Fujita, carrying charcoal, threw it at a dusky thrush flying around the pond near Kokubunji (Chitose Park), but missed the bird and sank the coin into the water, making him return homw without buying rice or miso. His wife explained to him the value of the gold coin, and from then on Tota became very rich from the gold found in the back mountains, something he had never looked at before.
Tota had three children, Yoshitsugu, Yoshiuchi, and Yoshiroku, and his eldest son, Yoshitsugu, became a gold merchant who travelled back and forth between Kyoto and Oshu. It is said that he was the one who guided Minamoto no Yoshitsune to Hiraizumi after his fallout with his half-brother Minamoto no Yoritomo. 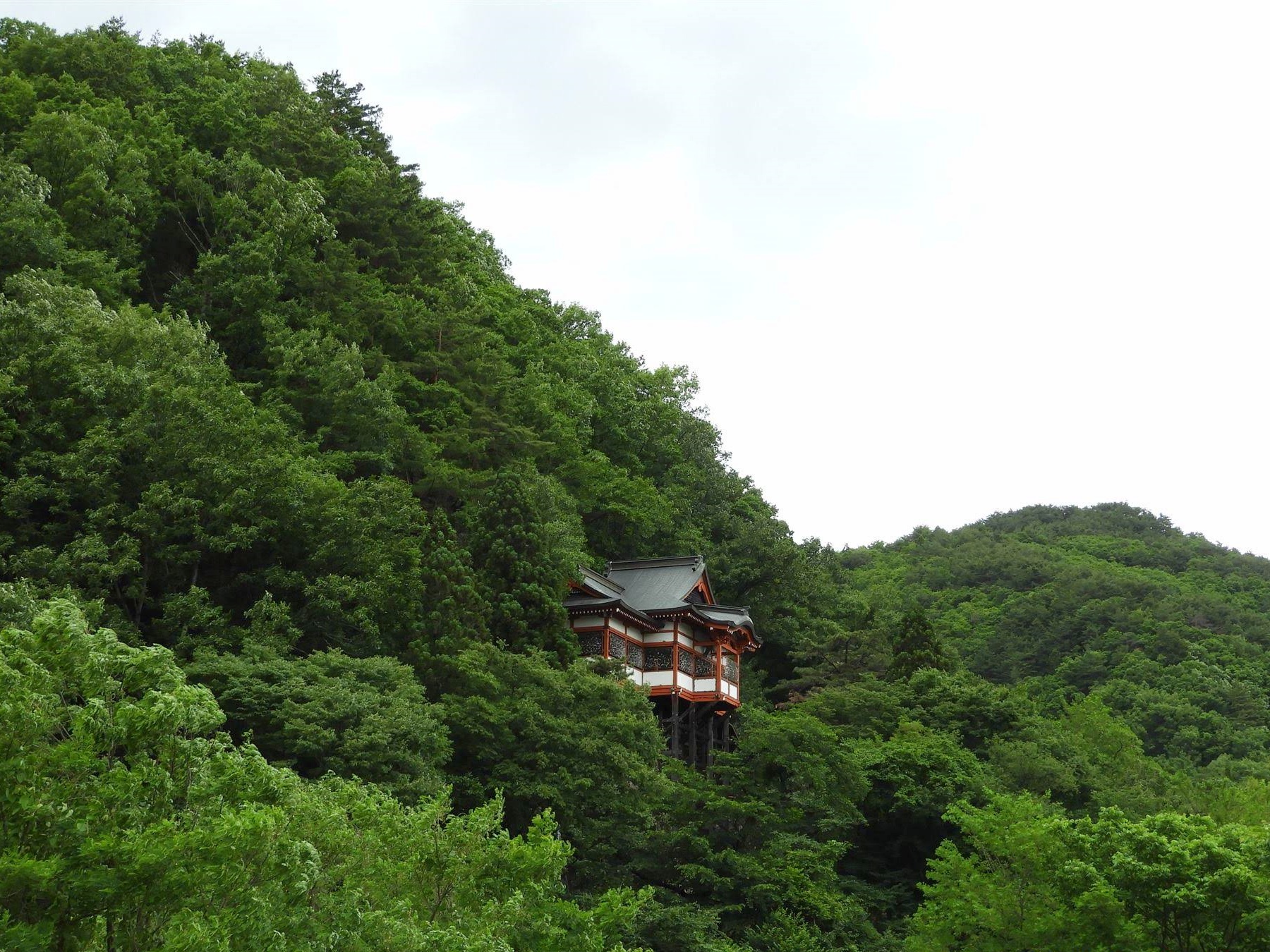 From the hall (stage) on the mountainside, you can see the city of Yamagata City below. 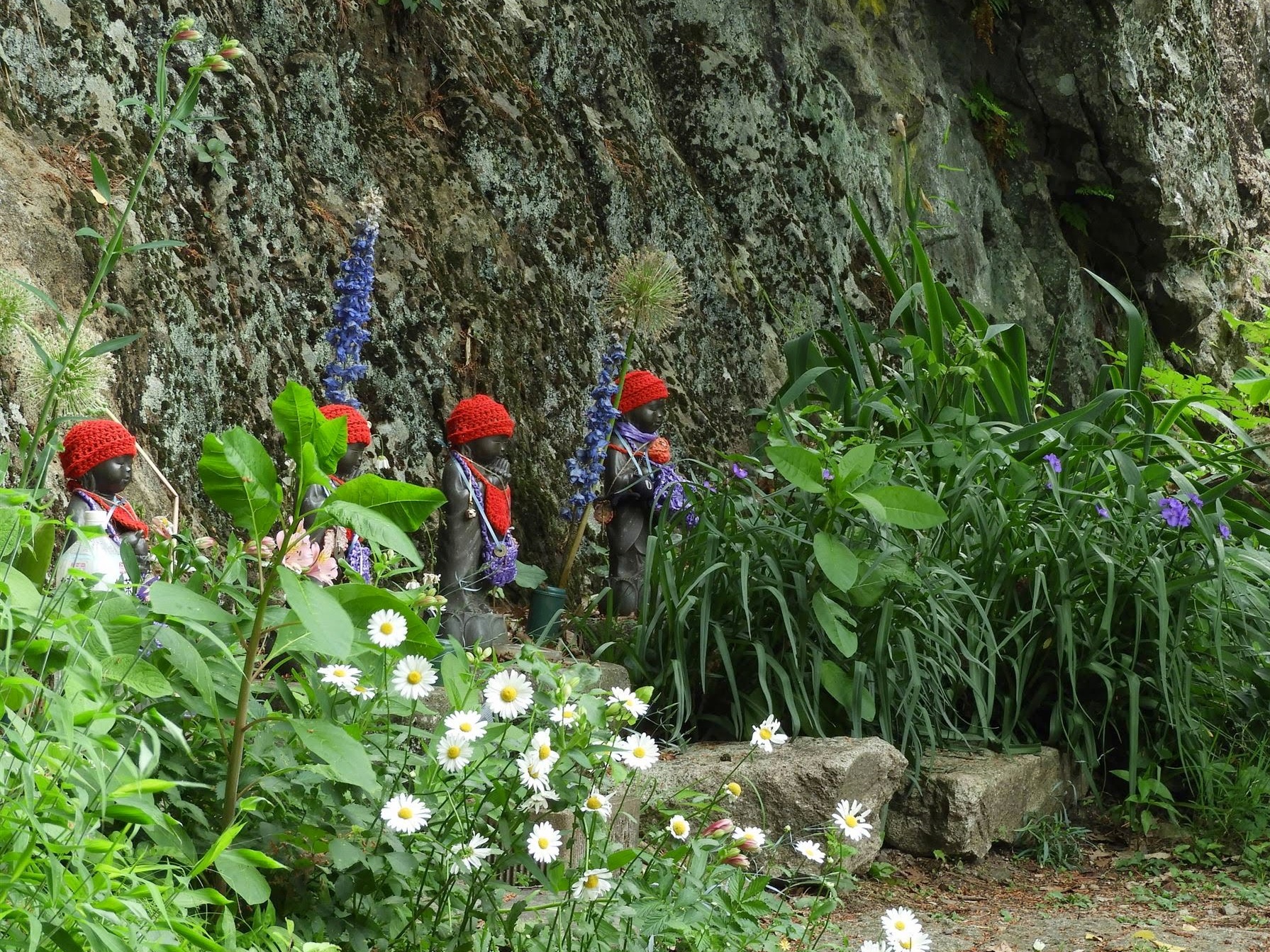 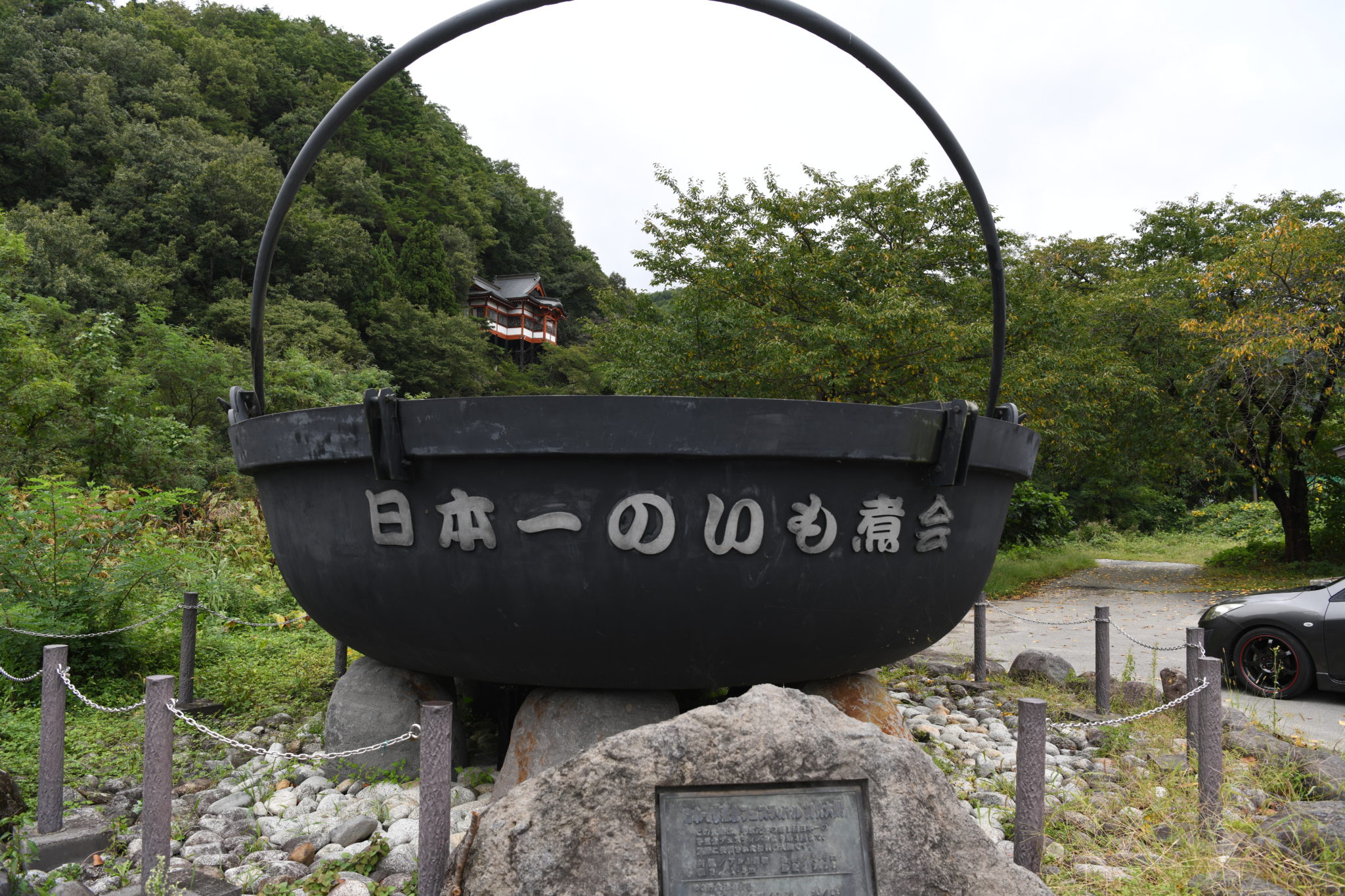 The first edition of the large hot pot Nabe Taro used in Yamagata's famous Imoni Festival has been relocated to the parking lot.

From JR Yamagata Station, take a bus (for Hozawa / Sekizawa / Bobara) and get off at Karamatsu Kannon temple bus stop, then walk for 10 minutes.

Parking lot
There is a parking space near the Karamatsu Bridge near the precincts for both small and large vehicles. 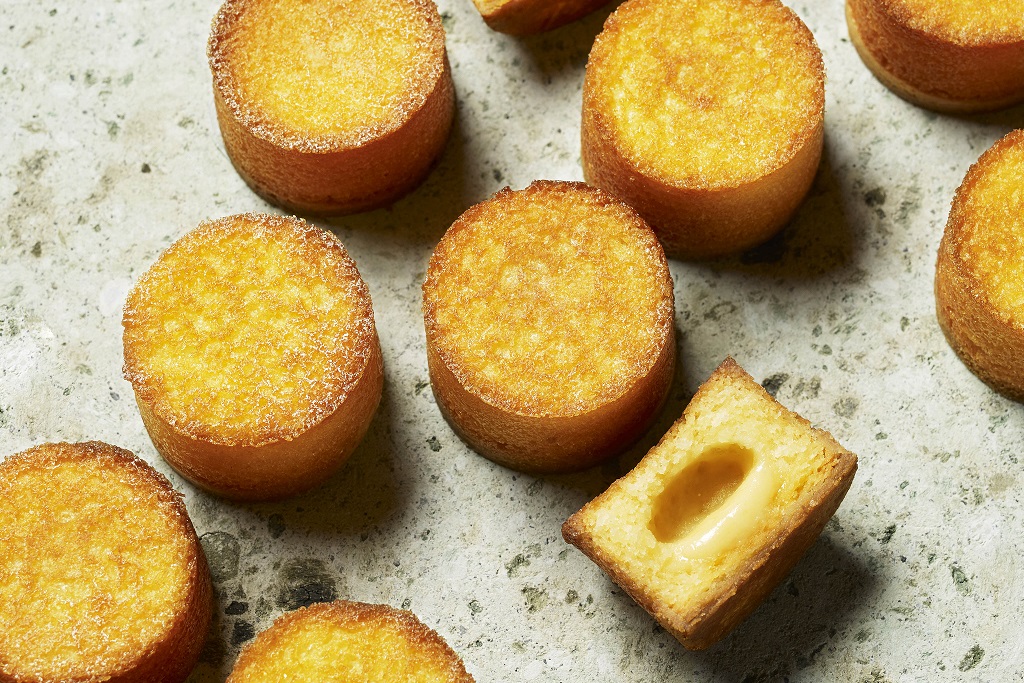 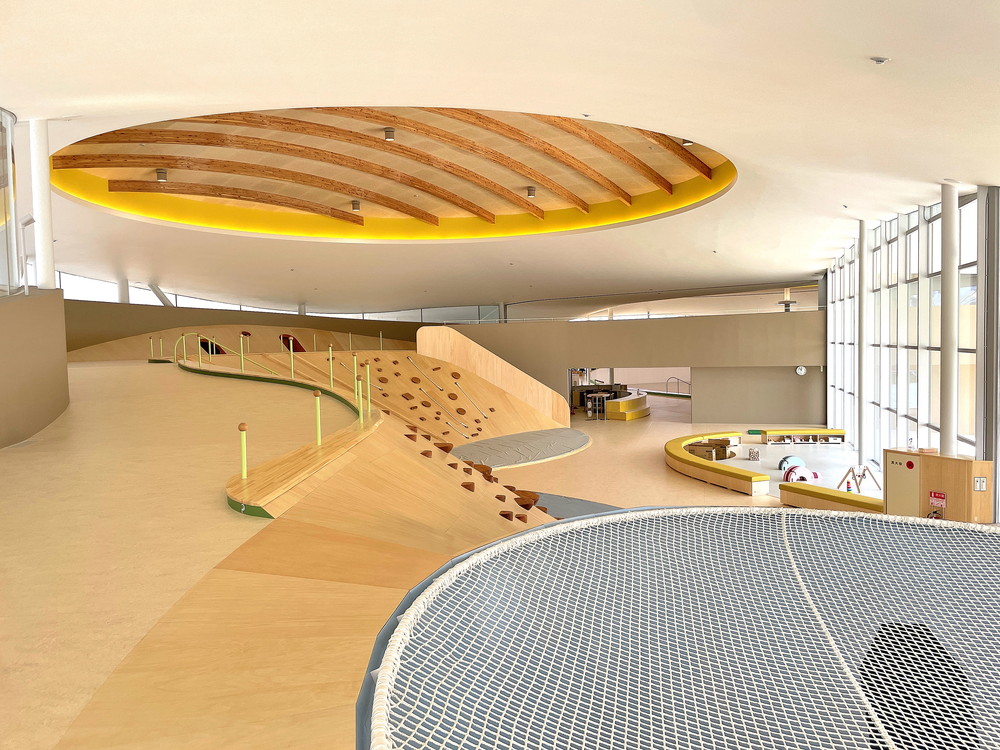